We use cookies to ensure that we give you the best experience on our website. If you continue to use this site we will assume that you are happy with it.Ok
Return to previous page
Home Astrology

The debate as to whether our destinies are fixed or whether we truly have free will is one that has plagued philosophers and spiritual leaders for centuries. One school of thought believes that everything we do is predetermined by a higher force, while the other believes that we choose to act independently, irrespective of whether a higher force is involved or not. Are we creatures of destiny or are we responsible for our own actions? On closer examination, perhaps the two thoughts are not mutually exclusive.

The theory that our lives are predetermined is a frightening one for some people. It suggests that, no matter what actions we take in our life the conclusion is already mapped out and inevitable. Rather like driving along a road in the dark, we can only see as far as our headlights will allow us but, whatever actions we take along that road, our fates will never change. For others, the idea that our paths are already set is a comfort. It denotes the idea of a higher plan and that we are all part of a greater purpose – a Grand Plan.

Those who choose to embrace the idea of free will tend to perceive the notion of destiny as a ‘safety-net’ – a convenient theory that absolves us of any true responsibility to ourselves and to others. They prefer to believe that we are in command of our own lives on a spiritual and physical level and that our ultimate fates are not part of any cosmic formula.

However, a new school of thought is changing our perception of both these ideas. First proposed by the great American scholar Ralph Waldo Emerson, this theory has found a new lease of life among modern philosophers. In essence, it challenges the idea that our earth-bound destiny is an immovable force. Rather than being a fixed point from which we cannot turn or deviate, destiny is perceived as a continually changing, perpetually evolving phenomenon. If we pursue this theory even further, it then suggests that we are each able forge our own destinies through the options available to us through the concept of free will. Consequently, the two beliefs are intertwined.

Making your own luck

Embracing this concept also gives credence to the saying that ‘you make your own luck.’ Those who go through life making choices that are spiritually and psychically responsible tend to forge a destiny that is rewarding, although, sometimes, this can be on a level that can be hard to understand. Bad things still happen to good people. However, it is how we deal with those bad times that determine our spiritual completion. In a greater sense, the idea of destiny is not lost. If we are continually forging our own destinies through free will then there can be no such thing as a wasted life. We all have our own part to play and a life that is cut short or beset with ill-fortune still resonates through the lives of those around them at a spiritual and psychic level.

While we may be masters of our own individual destinies, perhaps there is a greater destiny to be forged. Rather like a complex being experiencing itself subjectively on many different levels, the sum of our combined destinies might be the ultimate destiny after all.

Why timelines are difficult to... 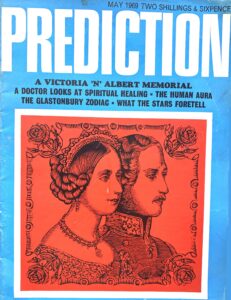 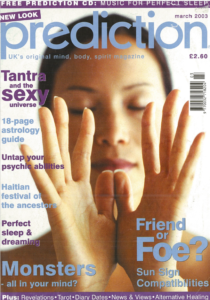 Prediction Magazine relaunches with a treasure trove of past editions 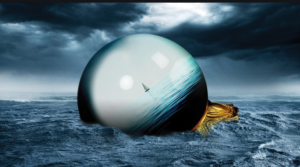